Memphis, Tennessee is the home of the consummate Telisa Franklin, who was born and raised in the historic Douglass community [38108-zip code area] under the watchful eyes of her doting grandparents. The environment was harsh for a young woman caught in the throes of ‘hood life’ where success in any field of endeavor was no doubt a figment of one’s imagination. Crack cocaine, for example, proliferated the neighborhood and lulled many young people, and old ones too, into its deadly grasp. And within her family struggles, her father was brutally murdered.

Telisa fought back with the tools she had within – determination, grit, and supportive grandparents – and vowed not to let her unfortunate circumstances become her death knell. For one, her grandparents had instilled in her a sense of family and a

foundation of faith and community. She soon adopted the slogan “failure is not an option” and worked thrice as hard not to succumb to the manacles of poverty and wretchedness. She would beat the odds with vision and hard work. The second born of five siblings, the fruits of her labor would eventually sprout success, making it easier to tend to the needs of her three young brothers.

Telisa graduated from Craigmont High School, earned a Bachelor of Science degree from Victory University and a master’s in Biblical Studies at Brewster Theological Clinic and School of Religion. She was determined not to become a statistic and fall prey to the wolves of the world who often devour the less fortunate in society. That wouldn’t become her epitaph. Instead, she chose to live and placed her faith in a higher authority. In fact, as the granddaughter of a pastor, she credits much of what she’s been able to accomplish to her faith. “If it were not for my grandfather teaching me to choose GOD first, to work hard, I am not sure where I would be or what I would be doing now,” she said.

The struggle would manifest into Telisa’s propensity to create opportunities for herself and others. The journey was difficult, but the road to success would no longer be pockmarked with failures and disappointments. Success was evident when she made a conscious decision to become an entrepreneur. Today, she is president of Flowers and More, president of the Memphis Juneteenth Festival, president of Telisa Franklin Ministries, and the sole owner of WAVN the Trend FM104|AM1240 Radio Station. She’s also a licensed life coach, author, community organizer, and passionately involved with various organizations in the Mid-South. Her influence throughout the mid-south and surrounding areas is mounting.

Telisa is active on several boards, such as The Hart Center, dealing with mental well-being of others and with the Rotary Club Memphis Central, serving as the secretary. In her spare time, she motivates youth to dream big and work hard. She believes children should have opportunities to become successful in life. But she knows the leaders of today must be prepared for their destiny, which she is doing with her teenage son, whom is being groomed as the next generation entrepreneur with the addition support of her awesome husband. 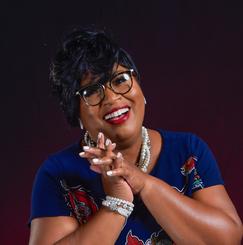 LISTEN TO THE TREND NOW